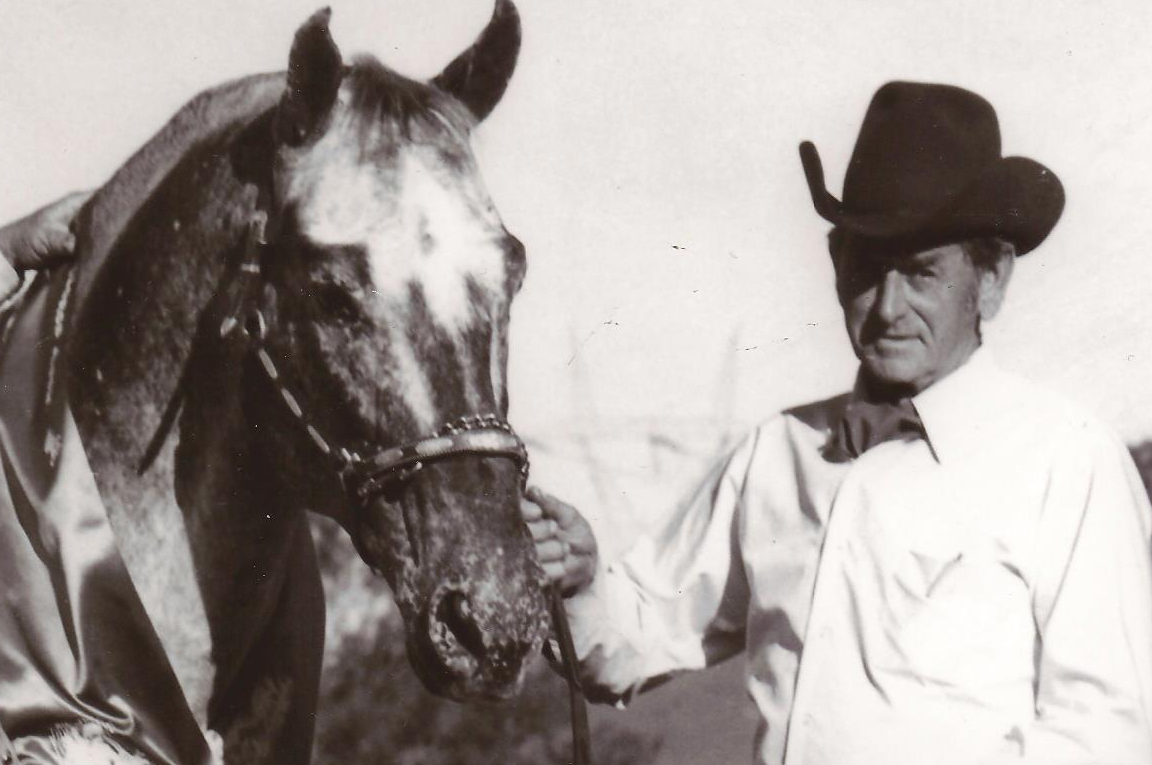 Cecil ‘Cec’ Copp was a stalwart of the Sydney Regional Appaloosa Club and the Australian Appaloosa Association in the seventies and eighties. A professional horseman since 1960, Cec was a graduate of Hawkesbury Ag College where he taught young riders for over 35 years. Cec was a well-respected horseman amongst the wider horse community.

Cec’s love of the Appaloosa began in 1974 when he was convinced to by American Appaloosa Stallion, Joker Red Boy.

At Tilbaroo Equine Centre, a training facility in the Glenorie NSW, owned by Cec and his daughter Dianne, Open Days were held to showcase & promote the Sydney Club and the Appaloosa breed. These days attracted hundreds of non-western horse fanciers and after an afternoon with Cec, many became converts to the Appaloosa breed, the AAA and SRAC. He loved talking about the qualities of the Appaloosa to anyone who would listen; breeders, show riders at open competitions, pony clubbers and all his riding students and fellow showies.

Cecil worked hard to gain sponsorships every year to make the end of year high points at SRAC the most hotly contested competition in Sydney, and no saddlery or feed store in the Sydney area was safe from Cec’s pursuit! His enthusiasm and passion for the breed was infectious.

He encouraged Ann McKenzie and Marsha (Fulton) Lewis to contest the Appaloosa Queen Contest, which they won, and he was a recipient of 1984 Award of Appreciation by Australian Appaloosa Association for meritorious service in the promotion of the Appaloosa Breed.

At age 70, Cec had quite a bad accident when a heavy door from a horse trailer fell on him. This unfortunately left him in a bad state and he never returned to his full health, he passed away only 4 years later of other medical concerns.