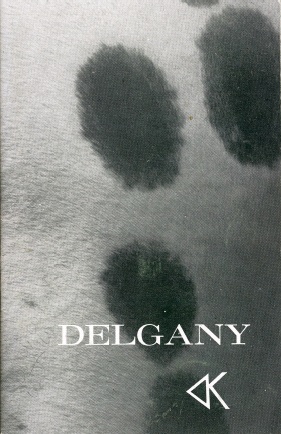 Delgany was originally established as a sheep breeding operation, but in 1970, Tom & Helen Dalton decided to diversify. A growing interest in the Appaloosa Breed and an advertisement in Country Life magazine led to the purchase of Money Creek Sunaway from Ted Hodges in Scone. At the time, Denton Hughes (who imported Malheur Tonka) was living close by in Orange NSW, so Helen and Tom sought his advice in setting up a breeding facility. This is how Delgany Horse Stud began.

The priority for Delagany Stud was to purchase quality mares. Australian Stock Horse, Thoroughbred and Quarter Horse mares were purchased as well as their first Appaloosa mare JR’s Shoo Fly. Money Creek Sunaway was used for breeding outside mares and had a full book right from his first year standing at Delgany. Sunaway bred many successful progeny and in 1977 was sold on.

With Sunaway’s success in mind and seeing a brochure of the American Money Creek Ranches, in July 73, Helen and Tom purchased the colt Money Creek Plaudit and Mare Siri Snow Queen who had a filly at foot, Money Creek Princess Siri and a was also in foal. Due to the long quarantine requirements, they didn’t arrive at Delgany until the next year in 1974. Snow Queen foaled while quarantined in England, producing Money Creek Pocahontas.

Snow Queen was a stud favourite and upon arriving in Australia began her breeding career to Ledgedeck and produced DelganySiriledge.

Tom Dalton, who had a keen interest in cutting, purchased Swan Lake Commanche King from Ted Hodges. King was a typically versatile Appaloosa and won Delagny many Champions. During this time Money Creek Plaudit was broken in and started serving mares. He had a limited show career as his talent was siring champions. This included Delgany Denton, who sprint raced with 6 starts, 1wins and 5 places.

DelganySiriledge was now old enough to commence stud duties, but also lived the show horse life and was a National Champion Hackamore Horse. He sired many Delgany Champions including DelganyShunkaWitko and WamindaSirisCommanche.

In February 1988, after the sad death of Tom, Helen began a complete dispersal of Delgany Stud. Money Creek Plaudit and some mares went to Mr Otten of Saxonvale Appaloosas. DelganySiriledge was purchased by Pam Press of Waminda Appaloosas.