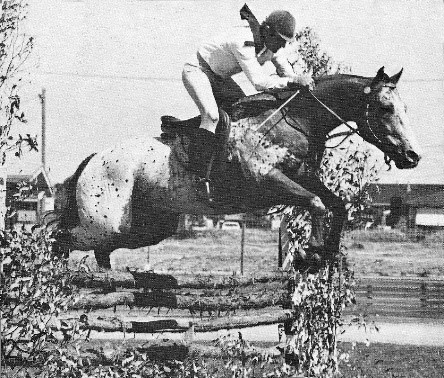 ENRs Crown Prince was the first Gelding to be imported into Australia from America in the early 1970’s by Eildon Ranch, Vic. He was already a top performance horse in the USA when he arrived here.

In Australia ENRs Crown Prince spent his career, building success on success! Some of his Australian Achievements include:

Shown at the AAA National Championships from 1975 to 1985, ENR Crown Prince was a stand out in every field!

Prince was a multi-National Halter Champion and Grand Champion Appaloosa National Gelding from 1976 to 1980!

Prince was also show extensively in youth events, with multi state and national champions across all disciplines from Showmanship to the Stump Race!

Over his show career in Australia he was ridden by Dick Fuchs, Kim McTaggert and Leanne Estoppey. Len and Val Estoppey were the last owners of ENRs Crown Prince.