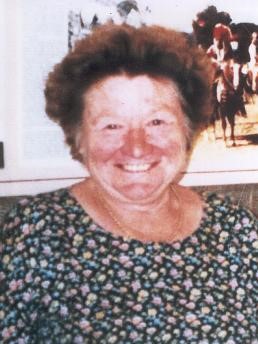 A foundation member of the AAA Association, Helen saw the need in 1969 for a breed registry for the Appaloosa horse in Australia.

“in 1969 Lucky Dash Jnr arrived and started breeding, I started thinking of an Appaloosa club. As most people thought it was too early, I went ahead and had six books of service certificates printed, two for each stallion. If it was not for these books we would never have traced the first mare bred. Two years later I was still wishing for a club to keep records, so I called a meeting in 1971 at Nathalia and with a constitution drawn up, we had a meeting. This meeting was held on the 13th February and the Appaloosa Association of Australia was formed”.

Helen was instrumental in providing a constitution, a Rule Book and the first Stud Book for the Association.