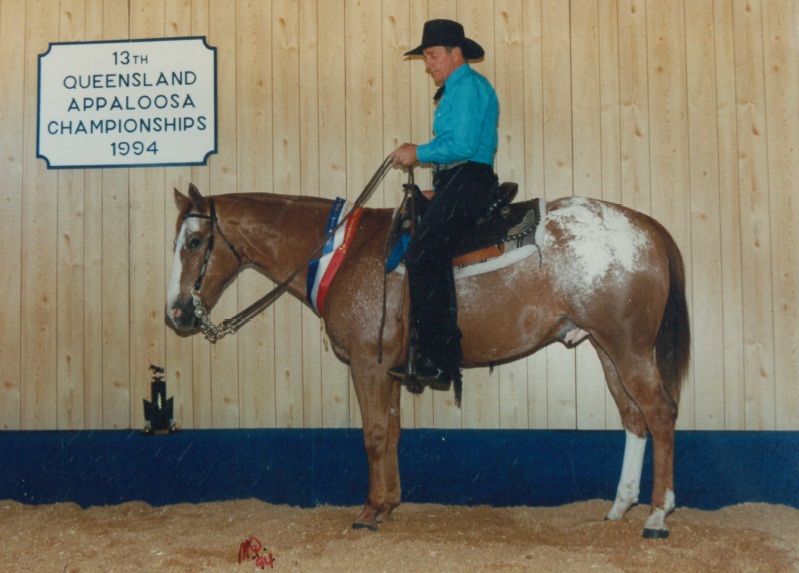 He was bred By John & Marlene Schneider, QLD.

JJ, as he was known, was first shown as a weanling in halter. He was broken in 1981 as a 2 year old butwas not shown under saddle until he was 3 years of age. Once gelded, he was trained for a short time by Burt Purcell.

Throughout his show career, he exhibited great versatility in the many events that he competed in. He excelled across a range of show events including: Pleasure, Trail, Bridle Path Hack, working cow horse, halter and games competing and winning at State and National Levels.

JJ competed successfully at 14 National Shows and numerous State Shows. JJs versatility shone through and he was awarded HI Point Horse of Australia a number of times.

His talents left him in high demand from many youth competitors. JJ was also the favourite mount for Joanna Richardson who won several Indian Costume class Champions at Nationals Level.