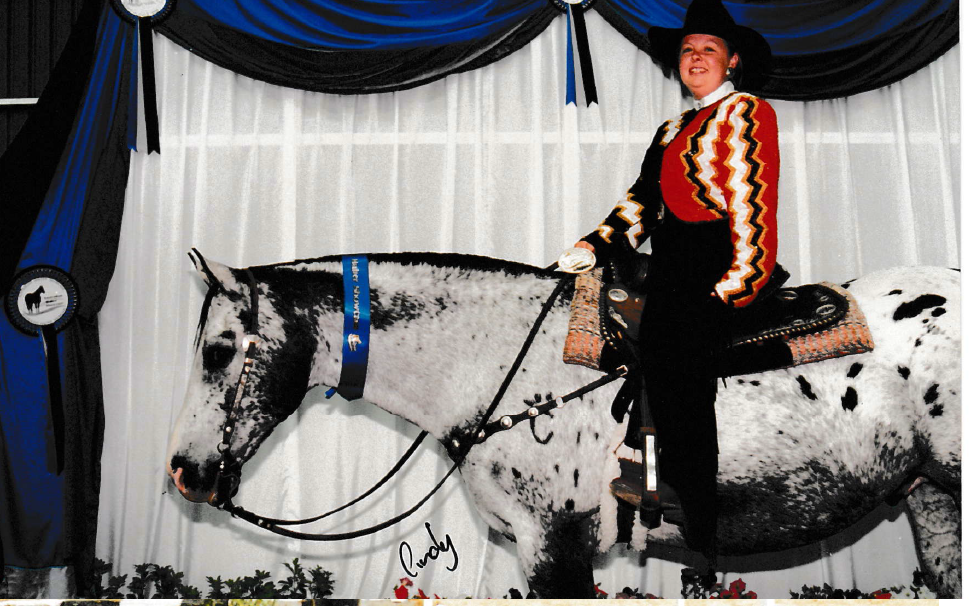 Born in October 1982, this gelding was sired by Colida Seventy Six  out of the Appaloosa mare, It’ll Do Twisting Time. Twister was bred by Kay Jordan and purchased in the late 1980’s by Danyelle Jacobson (nee Pallot) where Twister became one of the family.

He was the first Appaloosa to win a buckleat the Silver Buckle Challenge winning the Senior Amateur Western Pleasure out of 26 open breed horses.

Twister  proved to be a fantastic youth horse and helped many youth from Leadline to Senior age groups learn how to ride and compete successfully, even ones who have now excelled on to be trainers themselves.

With such a profilic show career, Danyelle’s only regret was that her and Twister only ever attended two AAA National Shows and not recording all of Twister’s show points.

Twister has been a fantastic ambassador for the Appaloosa breed having been used for numerous clinics, displays, parades, trail rides and demostrations including Equitana.

The most exciting one  was in 2005, when  Animal House Production’s used him for a photo shoot with Designer Alannah Hill. Twister was just amazing – unloaded in a busy street in Prahran, fed carrots by children who had never seen a horse before and walked unphased into a studio where he had to duck his head just to get in! He spent the next 5 hours enjoying the photo shoot.

Over the years Twister has been a loyal and loving part of Danyelle’s family.