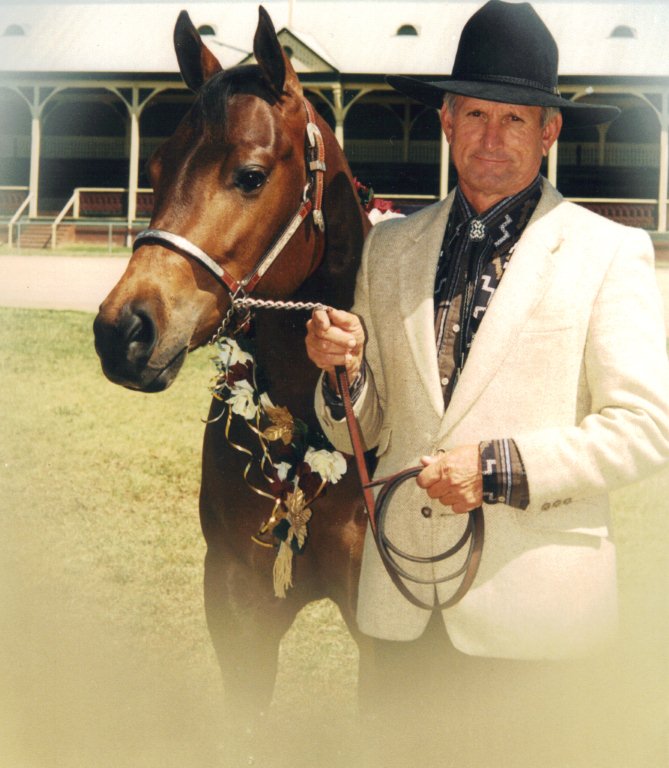 Ron Gordon joined the AAA in 1975 at the age of 28. He initially took up positions with the West Moreton Regional Appaloosa Club in Queensland. After the 1979 AAA Ltd EGM in Brisbane he was recommended to fill a casual vacancy on the Board of Directors.

Since then has served 16 years on the various AAA Boards of Directors and had served with 52 different directors. During his sixteen years he served eight years as President, six as Treasurer and three as a Director only. During his time he worked on committees including National Shows, Futurities & rulebooks.

He has played active role in providing the association with stability. Within two years he was elected as the treasurer and introduced fiscal controls such as budgeting, financial controls, financial and non-financial reporting.

During his first stint as President in early 1986 he introduced strict corporate governance and accountability for Directors.

During the late 80’s the Association met strong opposition from sections of the membership over a range of issues that unfortunately culminated in the expulsion of some members. During these years Ron showed strong and diligent leadership in his roles as President and Treasurer.

During his presidency, the many Boards he served on faced many changes including the introduction of the solid horse &the re-location of the offices from Shepparton to Tahmoor and then finally to Tamworth.

Although some years were tough, there have been many highlights during his Board involvement including successful National Shows and futurities that have been held.

Ron was the driving force to ensure that the Association maintained the old hard copy studbooks. Ron personally transferred every horses halter and performance points from an old manual system to computerized records and this system produced all of the outstanding awards that were owing to every horse that earned points at the time. This data capture led the way to the studbook as we know it today otherwise all of the early history and awards from the 70s and 80s would have been lost forever.

On a personal note he has never bred any other breed of horse except Appaloosas since 1978. He has always been a loyal Appaloosa member and has tried to assist the Association where possible. He has been a long-time supporter of the breed and over the years has demonstrated his devotion to the Appaloosa by the many hours of active membership on many Boards and Committees.

He is currently the honorary secretary for the Association.