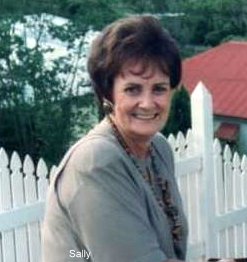 Life Has Been an Interesting Journey. Sally married her love Bob Wearing, in Goondiwindi in 1961. The resided at “Milton” a propertysituated in northern N.S.W between Goondiwindi and Moree.

After selling “Milton” in 1967, Sally and Bob made the journey to central Queensland where they purchased the cattle and grain property“Lexton” near Emerald.

It was during their time at “Lexton” that they travelled one day to  “Cloverleaf” stud in N.S.W to attend a horse sale and show.This was Sally’s introduction to the Appaloosa horse.

The stallions being showcased on the day were Clover Joker Bull & Clover Cochise. The couple wanted to breed their own Appaloosa and they returned home to central Queensland to

select a mare to send to “Cloverleaf” to breed.

Unfortunately, the mare they picked, Duchess, did not go in foal the first season, so she remained at Cloverleaf until the following breeding season, where to good news came – Duchess was in foal.

In late 1972, Sall and bob were on the move again and to a property in the Cryna Valley which they fondly named “Shalimar Stud” after their first born.

This was a very exciting time and the couple started outing together facilities to operate and set-up their own Appaloosa Stud.

Sally travelled to Victoria to attend the First National Appaloosa Show at Sheparton.

Captain Walter Hughes was the judge at this show and following the event, Sally and Bob hosted

Walter at “Shalimar”, in which they received an invitation to visit his own Ranch in Canada.

During that trip, they attended the National Appaloosa Show in Salem.Wow! what an eye opener this was for the “Aussies”!  Shown the greatest hospitality, they travelled around being invited to many studs and ranches.  While at the National Show, Sally and Bob purchased two Appaloosa Stallions,  Breeze Bars and Moolahs Robin, and then when they were back in Vancouver, also purchased the colt Lakeside Cheers who was by a grandson of the legendary Australian TB Bernbrough.

At this time all horses had to spend six months quarantine in England, finally arriving in Australia and to home at “Shalimar” in 1974.

Apart from breeding, Sally Wearing was appointed to the Board of Directors in 1973 and served as a Director for approximately six to seven years. She also took positions on many committees such as National,State,All Breeds and assisted in ran many shows, which were held on their own stud and other local venues.

Sally was extremely dedicated to the Appaloosa Breed and when asked about her passion for the Appaloosa, She said:

This was a wonderful time in our lives.I reflect on the success and wonderful people we associated with and the long-term friends that we made.

Following the death of Bob in 1986 I found myself in a very “Lost” place in my life.But life must go on, so I started a whole new Career in Real Estate.I loved my work and achieved many awards in the Real estate industry.I was forced to retire from work in 1999 due to ill health.

I have never lost my interest in the horse industry.