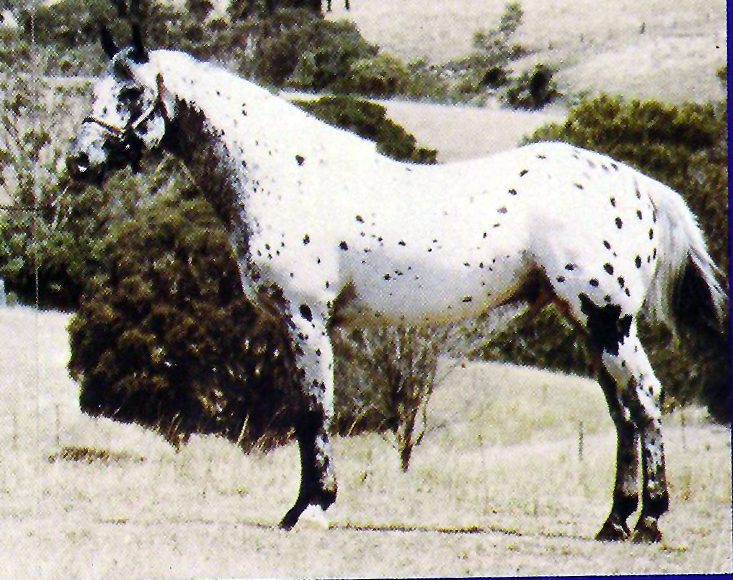 Born on the 24th April 1974 and imported from Arkansas USA, this stallion produced some of Australia’s leading performance progeny of the time.

His breeding was attractive to competitive sport horse riders and pleasure riders alike. They were in demand, not just because they were Appaloosas but because of their temperament and trainability as well.

During his short life, Stonebrook Nugget sired many performance horses that excelled in open competition in BOTH western and traditional English events. They excelled across a vast range of disciplines including Dressage, Hack, Bridle Path Hack, Jumping, Cutting, Halter, Pleasure, Trail, Reining, Sporting and more.

Cardon Phantom – Multi state and national Halter and Performance champions as well as NSW Champion One Day event horse and sire of many champions.

Stonebrook Nugget’s progeny and their success helped open the traditional English world to the versatility and ability of the Appaloosa.

Stonebrook Nugget unexpectantly passed in 1984 at 10 years of age.