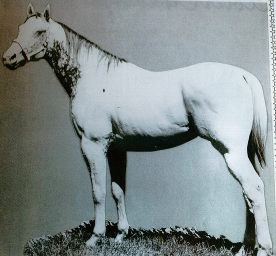 Bred by Elizabeth Hobson and imported into Australia in 1971. He was purchased by Mannix Rynne in 1972 and he found his home at Rebel Appaloosa Stud in Peak Crossing, Queensland.

He was campaigned on the race track and won numerous sprint races, receiving his Register of Merit Number 1 in Racing. He also won Hi Point Racehorse in 1975.

Taco Taco had 19 race starts of which he had an exciting 10 wins, 3 seconds, 2 thirds and 2 fourths. This was quite a feat for this agile stallion.

Taco Taco sired a number of Racing and performance Champions including:

Revsomore – Coloured colt – Winner of the All Australian Futurity Consolation at Warren in 1977 as well as many other racing and performance wins and placings.