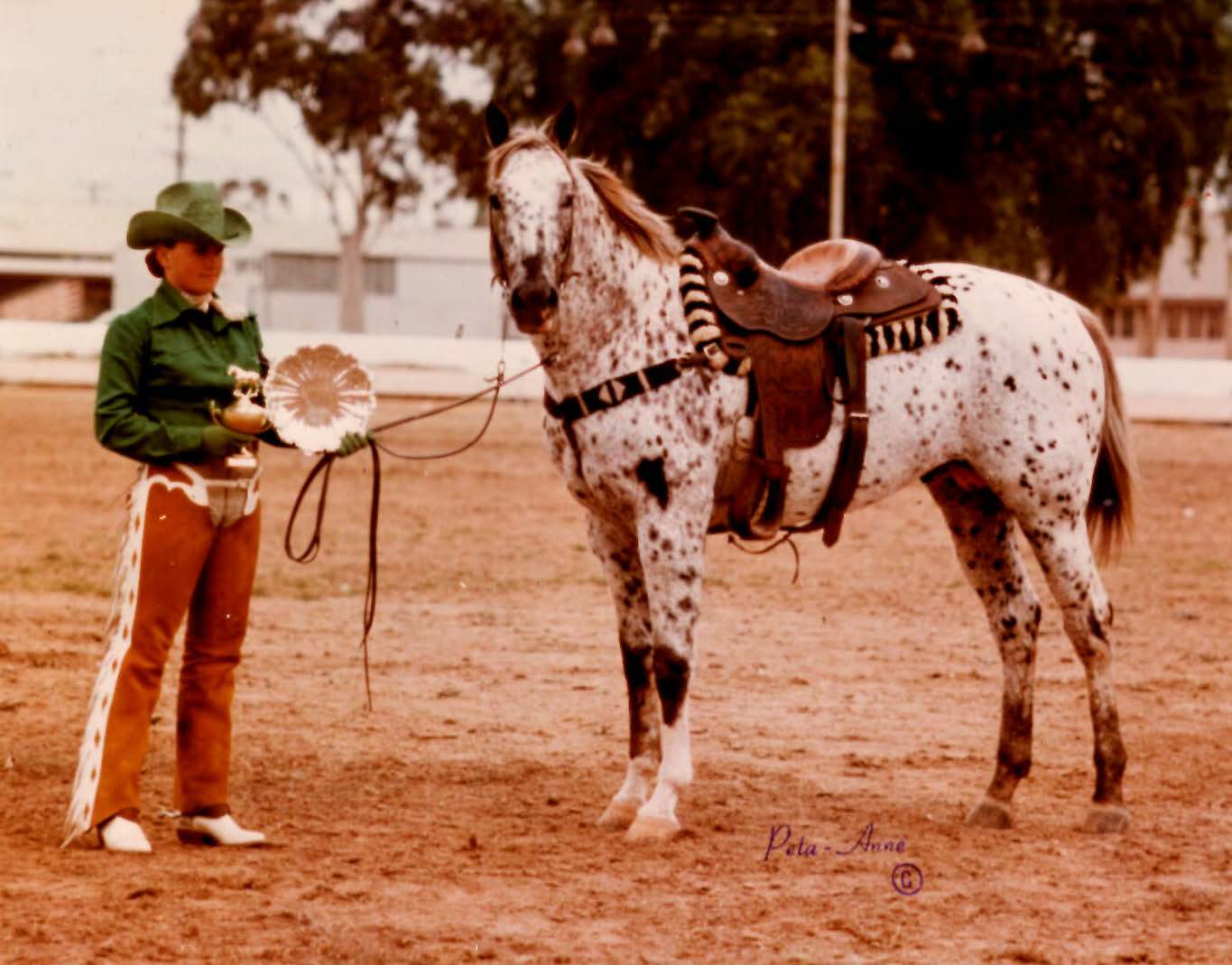 Trinity was a refined red leopard born in California USA in 1965. By Fourwinds Leopard Day out of thoroughbred mare Trinity Jane, he was raced as a 2yo twice in Sacramento California for a win and a second.

He was sold shortly after and was put into cutting training. Showing immediate cattle talent, he shortly became Hi Point Jnr cutting Horse of California Oregon Club and Hi Point Cutting Horse of the California Appaloosa Horse Club.  He was also shown in and won many halter classes with his owner Ralph Shoemaker.

He was sold again, to a Dr Ellsworth after being the highest selling stallion at the Southern California Appaloosa Sale in April 1970.

Phil and Noelene Verco, based in Dural NSW Australia were already showing Appaloosas in Australia in the 70s. They had imported and shown Branches Jo Traveller around Sydney and stood him at stud for one season. The family decided that Sydney and greater NSW would benefit from a champion halter and performance stallion and commissioned Noel Cook the task to find them an outstanding individual.

The Vercosknew what they wanted:

Trinity Day was found and imported in 1973. He was one of 7 stallions imported by Noel Cook for Phil Verco. Others included Snow Fury, Moon Sample and Poco Domino.

When Trinity arrived in Australia, Heath Harris, a well-known hose trainer came and rode him. He was so impressed with his athleticism.

His first Australian outing was a cutting day organised by Robin Yates at Abbotsbury. Robin rode Trinity in one of the events and said he was an athletic horse that was great to ride. Robin continued to campaign Trinity.

During this time, Robin took Trinity to a TV interview at Channel 9 for the Midday Show. Here Robin was promoting the Appaloosa Breed. They had to go around city buildings, upstairs and across a very slippery studio floor – which worried everyone else except Trinity Day!

Phil and Noelene’s daughter Merrilee Verco (nowknown as Brunsting) began riding and showing Trinity when she was 14 years of age and in 1975 took out Hi Point Youth Performance and Halter awards in Sydney RegionalClub competitions.

Merilee, began riding at aged 9 on a very old pony, she was part of Dural pony club where she learned to sit on the horse and go forward. In the meantime, her family had caught the Appaloosa Bug!

With the regular competitions and variety of events offer for youth at Western competitions Merilee began her Western show career on Trinity Day and had many riding lessons with Arthur Flynn. Their partnership continued for many years where they won many awards and gained many points.