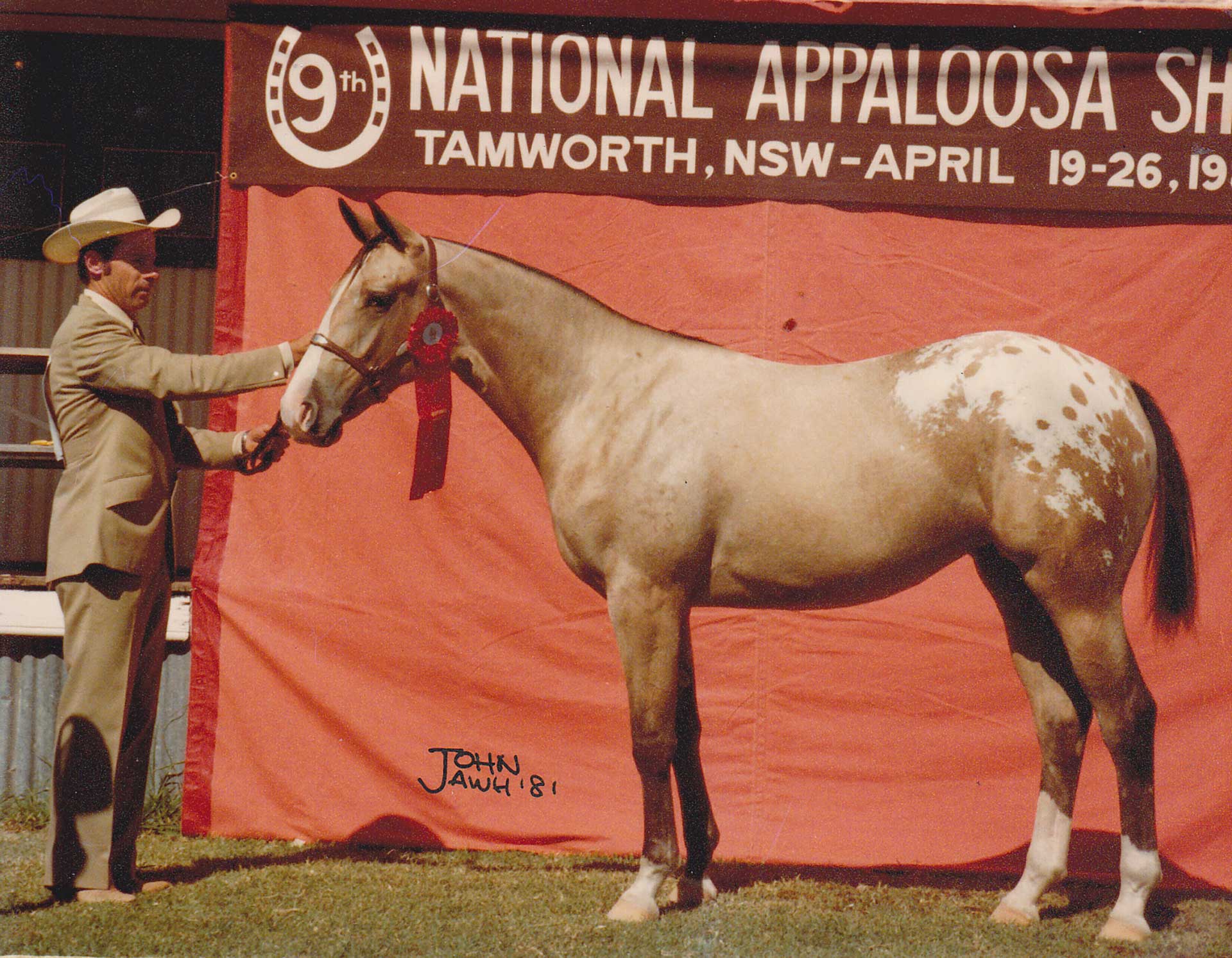 TS Capuccino was a multi-state and national champion producer. Between 1982 and 1996 She produced 11 foals, which included 10 colts and 1 filly.

Her champion and memorable Progeny included:

TS Capuccino was put to rest in 1995 after a long fight to save her from founder. She was 16 years of age.

Son Of A Saint
Warrior Joe